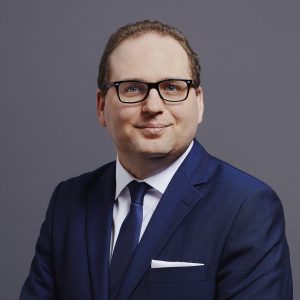 Whether in litigation or arbitration, whether as parties’ counsel or as arbitrators: In international dispute resolution strong project management skills are a must. The results of diligent project management are palpable for clients (in counsel cases) and parties (in arbitrator cases) alike:

● Time and costs are managed in a foreseeable and efficient manner.

● Time pressure disappears when time-critical milestones are planned out with the deadline in mind from the very beginning.

● Clients (in counsel cases) and parties (in arbitrator cases) are provided with a transparent timetable of what will happen at what point in time in their case.

● Motivation on the part of clients (in counsel cases), parties, institutions and co-arbitrators (in arbitrator cases) as well as our staff’s motivation (in all cases) increases significantly due to enhanced expectation and resource management.

One size doesn’t fit all

There is no one-size fits all solution to attain these objectives. Instead, the right project management tool(s) will differ from project to project:

● Classical Project Management: A detailed project plan in Excel may be great for certain large-scale projects, but not agile enough for smaller matters.

● Process Management: Mind maps, Kanban tables and flow charts can be instrumental when visualizing a process is a key issue in the matter at stake.

● Resource Management: To coordinate multiple ongoing matters and allocate human resources and time amongst these in the most efficient manner, special software solutions are available.

● Information Management: Big chunks of data as well as draft written submissions can be made available in secure, cloud-based systems, so that all relevant stakeholders can access, earmark and comment on them, as well as add information and cross-link documents and other information in a smart and dynamic manner.

Some of our clients have told us they are not used to seeing lawyers employ project management techniques the way we do. It is not unusual for lawyers to dismiss more complex project management techniques or tools as either technical gimmicks with little actual practical use, or, worse, as some kind of strait jacket killing free thinking. In a way, I can relate to this.  During my undergraduate studies, I jobbed in a consultancy. Half of the work was about winning an undeclared war against Microsoft Excel. We had project plans and duty rosters stretching horizontally over dozens of screen views. Even relatively unspectacular chores such as “comparing recent sales figures to previous forecasts” were broken down into countless microscopic sub-tasks, each with their task owners, time lines, priorities, weightings etc. The information we eventually gathered was recorded in a similarly pointillist manner. I sometimes could not help but think that this way of working would invariably cause us to lose the big picture, that we had traded strategic insights for pointless detail, and that in the end, we were not going to be able to see the forest for the trees.

A few years later, when I was clerking for a judge at the Regional Court of Berlin, I was craving for these Excel sheets.

The judge handled insurance cases, and of course he had dozens of them all at the same time. His way of dealing with the cases was purely reactive and situational. When a case was filed, he would grant the defendant a time limit to file a defence. When the defence had arrived, he would grant the plaintiff a time limit to reply. Because he had many cases, there would sometimes be two- or even four-week periods of inactivity between a party’s last submission and the judge’s next move. At some point, when he felt like the parties had exchanged a sufficient number of submissions (that the “matter had been written out in full”), the judge would schedule a hearing. The parties would then usually continue to exchange unsolicited written submissions until shortly before the hearing. At the hearing, the party that (randomly) had not happened to have the last word in the pre-hearing submissions would then ask for leave to file a post-hearing submission.

I said to myself: This cannot be the only way of dealing with these cases. I thought of the Excel sheets, the project plans and duty rosters, and started asking around whether other judges might be just a little bit more into contemporary project management tools and be it just to speed things up for their own sake. Yet none of the judges did things too differently from the one I was clerking for. (Today, over ten years down the road, I have come across more than just a few state court judges who have excellent project management skills, and they are becoming more and more numerous.)

● First, it seemed better to have a slightly over-engineered project plan in Excel with fancy macros and filtering functions, requiring you to watch a few YouTube videos on cross-sheet cell references – rather than not to have any project plan at all.

● Second, the legal community in Germany did not seem to share my views, and overall, it seemed that the realm of law was not an area where proactive project management was held in very high esteem.

Shortly after my clerkship was over, I took on a position at the Secretariat of the ICC International Court of Arbitration in Paris. Suddenly, project management was back in my life. I simultaneously handled more than 90 cases as a Deputy Counsel and realised it was impossible to do this without a proper roster telling me exactly what is going on in what case, who has to do what by when, what would be the subsequent steps, as well as the costs implication of every move.

But it was at ICC that I also realised project management was not about awe-imposing technological tools. In fact, one of the oldest features of ICC arbitration, the Terms of Reference, are a fantastic project management tool that precedes the reign of Microsoft Excel.

● The Procedural Timetable (PTT), while technically set by the Arbitral Tribunal unilaterally, is based on consultations with the parties. Time limits for written submissions or witness statements are ideally agreed upon consensually, just as much as hearing dates. This decreases the risk of things falling apart after the fact. Ideally, the entire arbitration is planned out from the beginning. Requests for the extension of time limits or for rescheduling hearing dates are therefore very rare in a professionally conducted international arbitration. Incidents causing the PTT to derail will largely be limited to truly unforeseeable situations, such as a family emergency or a major disruption of international air travel.

Both, the PTT and the Terms of Reference are discussed at a Case Management Conference (CMC) soon after the file has been transferred to the Arbitral Tribunal. The CMC also serves to address a large number of other procedural issues, such as whether or not bifurcate the proceedings, whether to have a court-appointed expert, and how to deal with costs or confidentiality issues in the case. An overview of case management techniques is contained in Appendix IV to the ICC Rules of Arbitration. The CMC is ordinarily held over the phone, to keep the costs down.

Even without the Terms of Reference, the PTT and CMC are already two powerful case management techniques which would make every court litigation much more efficient. (The German Institution of Arbitration – DIS – has now copied similar features into its new Rules – cf. Article 27 and Appendix 3).

Back to the Future?

There are of course many more examples of efficient project management in international dispute resolution. As long as we can still see the forest for the trees, and as long as our use of technological tools is driven by project needs – and not vice versa – we will be considerably better off with such tools than without them. However, we will only ever truly excel in legal project management when realising that there was already a best practice in project management at a time when “projects” were still cases, when, if something was “time critical”, you would just call it urgent, and when a “task owner” was simply the person in charge.