To resolve their commercial disputes with their business partners, companies increasing 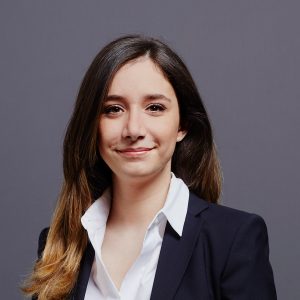 ly prefer alternative dispute resolution (ADR) mechanisms, e.g. arbitration or mediation, over litigation. Through ADR mechanisms, a result can often be reached within months or sometimes even weeks. Parties can thus save a lot of time and money. Several jurisdictions have spotted the advantages of ADR, and – also in the interest of decreasing their courts’ overload – now impose mediation as a pre-condition before court litigation. Müge Erdoğmuş, LL.M. describes the mandatory mediation scheme lately introduced for commercial disputes in Turkey, comparing it with different approaches taken in other pioneer jurisdictions.

To resolve their commercial disputes with their business partners, companies increasingly prefer alternative dispute resolution (ADR) mechanisms, e.g. arbitration or mediation, over litigation. Through ADR mechanisms, a result can often be reached within months or sometimes even weeks. Parties can thus save a lot of time and money. Mediation is used very frequently across many jurisdictions, due to its impressive settlement rates, e.g. reported as 89% in the U.K. in 2018. In principle, just as any other ADR procedure, mediation requires that the parties have agreed to it, as it is – in principle – a voluntary dispute resolution method. Obliging parties to mediate their disputes in the absence of an agreement thereto has thus in the past been considered counterproductive, until experience in some jurisdictions, e.g. in Australia, revealed that the voluntary or compulsory referral of a dispute to mediation did not have any impact on the success of mediations. Thus, some jurisdictions, e.g. Turkey and India, began embracing compulsory mediation by obliging parties to mediate their disputes (or certain types of disputes) or granting their courts the power to mandate mediation in certain circumstances before litigation as a procedural pre-condition.

Most common law jurisdictions show a flexible approach of compulsion, leaving it to courts’ discretion whether or not to mandate mediation, taking into consideration the specific aspects of the dispute. Often, adverse consequences are possible for parties refusing to participate in mediation despite such a mandate. The English courts, for example, are of the view that obliging “truly unwilling parties to refer their disputes to mediation would be to impose an unacceptable obstruction on their right of access to the court”. Therefore, they will not outright reject a claim that has not been mediated. But English courts may order costs to be borne by the party refusing mediation, as adverse consequence. Notwithstanding, the English legislator has made adjudication compulsory in construction matters, under the Housing Grants, Construction and Regeneration Act 1996, and other common law jurisdictions have followed suit. Although adjudication is very different from mediation, this shows common law jurisdictions are principally receptive to compulsory ADR mechanisms as pre-conditions to litigation.

In Australia, federal courts also have discretion as to whether or not to mandate mediation under certain circumstances. However, contrary to the situation in England, mediation is compulsory for certain types of disputes in some parts of Australia, e.g. retail leasing disputes in New South Wales.

In the majority of the U.S. judicial districts, judges are entitled (but not obliged) to mandate mediation to the parties, e.g. in California, for civil disputes involving an amount less than USD 50,000, mediation may be mandated by judges;  while in others it is mandatory for certain defined or all civil cases. For instance, Delaware, a corporate hot spot, requires mandatory ADR (including mediation) for business disputes where the amount in dispute is below USD 100,000.

In continental Europe, compulsory mediation is still largely limited to Italy, which provides for mediation as a pre-condition before litigation for some commercial disputes, with an opt-out option. Other jurisdictions, e.g. Romania and Greece, have been making efforts to include compulsion element in their legislation, too. Although not mandatory for commercial disputes, France has made mediation compulsory in certain consumer and administrative disputes.

In Case C-75/16, the European Court of Justice found that mediation “may be […] suggested or ordered by a court, but also prescribed by the law of a Member State”. National legislation imposing compulsory mediation as a pre-condition to litigation is thus perfectly legal under EU law.

Turkey – A New Kid on the Block

Building on two years of experience with the compulsory, out-of-court mediation of certain labour disputes, disputes concerning commercial monetary claims to receivables or compensation have now also become, as of 1 January 2019, subject to compulsory mediation in Turkey. Having completed mediation out of court now is a procedural pre-condition before litigation (Law No. 7155 inserting Article 5/A to the Turkish Commercial Code No. 6102). Where a party brings such a claim before a court without having initiated mediation beforehand, the claim will be rejected on procedural grounds.

According to Article 18/A of Law No. 6325 on Mediation in Civil Disputes (“Turkish Mediation Law”) and Articles 22-28 of Regulation No. 30439 (“Regulation”), a party pursuing a commercial claim governed by Turkish law shall first apply to the mediation office in the place of the competent court to hear the dispute, i.e. where the defendant is based, or where the defendant is a non-Turkish company that has no base in Turkey, the court where such defendant has assets (if any) in Turkey, unless another court is competent according to the rules under the Turkish Code of Civil Procedure (“HMK”).

Upon receipt of the application, the mediation office shall appoint a mediator from a nationwide list, unless the parties have already agreed on a mediator from such list. To get on the list, you have to be a lawyer with five years of experience and must have successfully completed a government-approved mediation class at university level. Fees are determined on the basis of a scale taking into account the amount in dispute. The mediation procedure must be terminated within three weeks as of the date a mediator was appointed, unless extended by the mediator by one extra week in exceptional cases.

At the end of a mediation procedure conducted in accordance with the Regulation, the mediator draws up a final report:

The party pursuing the commercial claim may then file a lawsuit. The average time for a Turkish first instance commercial court to review and decide a case was reported as 521 days (and another 451 days for the appeals stage) in 2018. The review of commercial disputes by a mediator (as a pre-condition before litigation) is now limited to four-weeks at the utmost. 70% of mandatory mediations and 94.6% of voluntary mediations were settled in 2018. Consequently, compulsory mediation seems a promising tool for efficient and expeditious resolution of commercial disputes in Turkey.

Where there is an arbitration agreement between the parties, the provisions on compulsory mediation do not apply, and the dispute is directly referred to arbitration.

Several countries foresee enhanced ways of how to enforce settlement agreements, including those fostered through mediation. For instance, in Germany, if lawyers were involved in any out-of-court mediation, the settlement agreement can be deposited with a notary or a local court, under §§ 796a et seq. of the German Code of Civil Procedure, and can be declared enforceable by a court or the notary; it will then be treated as if it were a court judgment for enforcement purposes. Enforcing such settlements with relative ease in other EU countries is possible under EU Regulation No. 805/2004 on a European Enforcement Order for Uncontested Claims.

On a global scale, the United Nations Commission on International Trade Law (“UNCITRAL”) has, on 20 December 2018, adopted the Singapore Mediation Convention (“Convention”). Its objective is to enhance the enforceability of settlements resulting from international mediations. The Convention will be open to signature as of 1 August 2019 and will enter into force six months following its ratification by the third UN member state. It is expected to be the “arbitration’s New York Convention” in the mediation world, and will without doubt encourage countries to increasingly rely on mediation as a dispute resolution method.

Several jurisdictions have made mediation a compulsory dispute resolution method preceding litigation – rather than a truly alternative way of resolving disputes. UNCITRAL’s efforts in transforming settlements resulting from mediations, from gentlemen’s agreements to legal instruments that are actually enforceable in different parts of the world, encourages states to embrace mediation of cross-border disputes. One can only hope that these transformations will not have an impact on the flexible and open-minded way mediations are conducted. It is this flexibility that mediation mainly owes its success to.